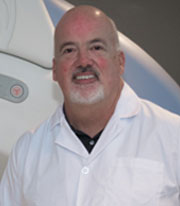 Patrick Burns was hired as Manager of Imaging Services at Pacific Imaging Center in December 2020. A 1983 graduate of Woodburn High School, he spent four year in the U.S. Air Force, where he trained in radiography.

Patrick was attracted to PIC because of its commitment to excellence and family atmosphere. When he’s not working, he enjoys camping, hunting, fishing, and traveling.