A slightly different version of the story below is featured in the current issue of Plexus, the award-winning magazine of the Washington State Chiropractic Association.

Jack Berry, Director of Imaging at Pacific Imaging Center (PIC) in Longview, Washington, had been searching for nearly a year for a way to augment the services offered at PIC. When he stumbled across an online article about the benefits of axially loaded MR images, Berry knew he’d found what he’d been looking for.

“Offering this service provides a unique benefit to area patients, physicians and chiropractors,” said Berry, RT (AART) (MR). “When patients have chronic back pain that affects their quality of life, it’s essential that we provide access to the very best technology and treatment.”

Seminar Provides Information to Chiropractors and Physicians
Berry was so eager to share the information about axial loading with area chiropractors and physicians that he hosted a seminar at PIC in March, with Dr. Kaiser as the featured speaker.

Dr. Kaiser, who has published and lectured extensively on advanced diagnostic imaging of the lumbar and cervical spine, addressed how the use of specialized techniques had enabled MRI to produce more specific diagnosis of neck and back pain.

DC Darin Shook of Advantage Chiropractic and Massage in Longview attended the seminar and came away impressed. “The axial loading device should provide us with an enhanced ability to diagnose spinal injuries and conditions,” Shook said.

“If a chiropractor has a patient who is not progressing as expected,” Berry said, “an axially loaded study might lead the chiropractor to adjust his treatment of the patient, or it might possibly result in a referral to a neurosurgeon.”

Swedish Company Leads the Way
The DynaWell® L-Spine was developed specifically to scan spinal disorders and lower back problems with greater accuracy. Designed for use on CT or MRI scanners, it simulates the axial compression on a patient’s spine when standing. 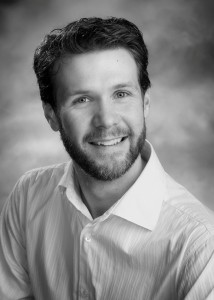 The optimal way for a patient with back pain to be diagnosed is in an erect position with the normal gravitational pressure exerted on the spine. This is impractical, however, because it would require the patient to remain upright and motionless for 30 to 40 minutes. This could be very difficult for patients that are in pain. Problems that would ordinarily remain undetected when the patient’s spine is relaxed, or supine, are likely to be more visible with the use of axial loading.

The DynaWell device is used with a high-field magnet, as opposed to the low-field upright units that are most commonly found on the market today, resulting in a more precise image.

The DynaWell L-SpineTM has been used in research studies and clinical practice since 1993 at Sahlgrenska University Hospital in Gothenburg, Sweden. The L-Spine is now being used in clinical practices throughout the U.S. and Europe. DynaWell has received FDA Approval and CE Certification.

“MR with axial loading is helpful in the evaluation of back pain because the addition of loading to MR imaging simulates the appearance of the lumbar spine in the upright position,” Dr. Holland said. “The upright position is clearly more physiologic for evaluating back pain than the supine position in which imaging is typically performed.”

When an MR scan does not explain the cause of a patient’s pain, Holland and her colleagues at NSIA have found that axial loading delivers more comprehensive information that may change treatment for a significant percentage of these patients.

“Abnormalities which may be shown with loading that will change patient management include increased intervertebral disc bulging or an increase in apparent size of disc herniations and increased central canal stenosis,” Dr. Holland said. “The medical literature corroborates our experience, indicating that the patient treatment approach is altered based on findings on the axially loaded MR scans in up to 30 percent of patients.”

At the 2000 Nordic Orthopaedic Federation, Tallroth, Lindgren and Willen described their findings in a study of 100 patients examined from L3-S1 with CT in the supine position. Only when axial compression was used was spinal stenosis revealed in 25 instances. Saifuddin, MacSweeney and Lehovsky published similar findings in 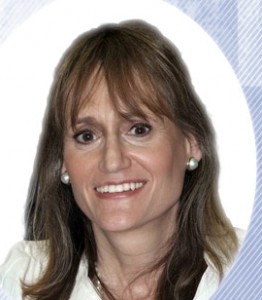 The researchers, who are neuroradiologists and members of the faculty at the University of Rochester Medical Center, concluded that axial loading can indeed influence treatment decisions.